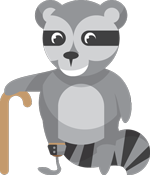 Come out to try boccia!  All abilities welcome!

You are invited to an intro to boccia, a precision ball sport, similar to bocce.  The sport is contested at local, national and international levels, by athletes with physical disabilities.  It was originally designed to be played by people with Cerebral Palsy, but now includes athletes with other various abilities.  In 1984 it became a Paralympic sport, and in 2008 was being practiced in over 50 countries worldwide.